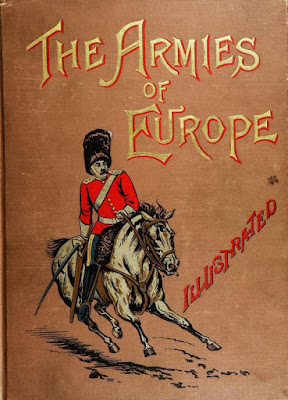 The Armies of Europe illustrated / translated & revised by Count Gleichen ; from the German of Fedor von Köppen  1890

In this post, dear reader, we take a brief pause from the "Pass in Review" project to share a mania of ours: old books, specifically, old books on military matters. The rise of the e-book has, ironically, led to a golden age of access to antiquarian tomes--texts that would otherwise be impossible to find or that would be beyond one's means to purchase. The above book, for instance, would cost roughly $300.00 USD (if you could find one). However, one can access it online for free. This brings up another point: I'm not very interested text-only re-digitized versions. Given that I collect old books, I am seeking an authentic reading experience. Therefore, I stick with e-books that have been scanned in their original form. Happily, the number of these has grown over the years. I find most on the Internet Archive Most books will have several options for downloading (if you scroll down and look to the lower right on the book's page, you will see them). You can also read them online if you don't want to download. I download the pdf to my Ipad, choosing the "Open it in iBooks" prompt when that pops up.  The pdf in that application renders a very authentic read. I sometimes double up and fetch a digital version of a book that I own so that I can have a handy traveling copy.  Enough explanation. Here are a few books of the moment (19th Century)...

The first book I'll ramble about, pictured above, is Armies of Europe.

As usual, you may clix pix for BIG PIX... 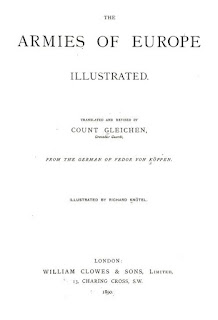 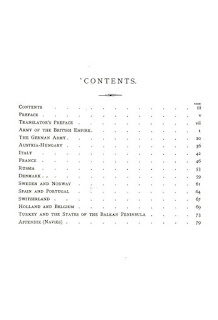 The book has a chapter on all of the major armies of the era, accompanied by color plates and line illustrations, all perfectly rendered in the pdf version.  As such, it is a wonderful read and resource. 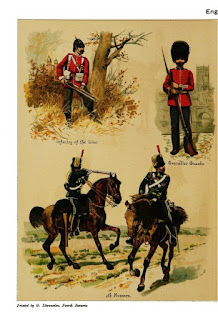 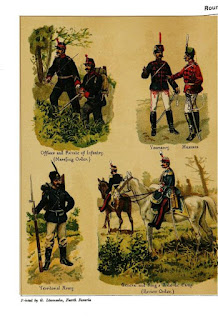 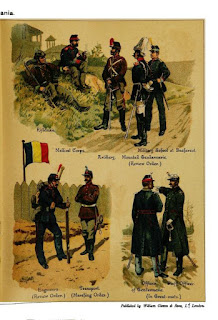 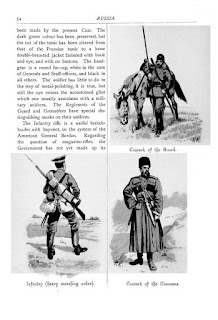 Each chapter concludes with a comment on the place of the army in Europe--a sort of speculative rumination. What makes this interesting is the time frame.  Written in 1890, only two years after Wilhelm II became Kaiser of Germany, these  present an interesting snapshot of the brief period when everyone was anticipating a major war but the trajectory of Imperial Germany was still a matter of speculation. Given the author, these snapshots also reveal an intereseting Germanic slant at times.  Here are a few passages:

On the German Army:


Although this tremendous Army of close on two million of well-trained and well- armed men may at first sight appear a menace to the peace of the world, still we must remember that Germany is absolutely obliged, for the preservation of her very existence, to keep up these huge forces, and that she has no intention of using them  except for that purpose.


As an old national proverb has it:"He who wants to come to grief in war had better try a fall with Germany."

On the German Navy:
Although the Imperial Navy is not yet strong enough to compete successfully with those of other great naval powers on the open sea, still one great object has been gained, i.e., the protection of trade and the merchant service... Germany is also now enabled to enter into commercial and political relations with distant countries, and to make the German flag respected in all parts Of the world...It is difficult to forecast the probable development of the German Navy, for the colonies which the country has recently founded and is still founding will increase its task and may lead to the formation of a much larger fleet. 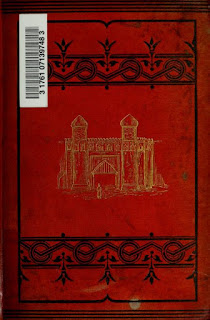 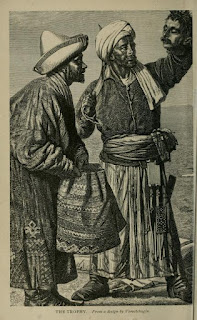 Cover and opening illustration from MacGahan, Januarius Aloysius. Campaigning on the Oxus, and the Fall of Khiva. Samps. Low, 1876.

This book is a true-to-life adventure story:  J.A. MacGahan's pursuit of the Russian army that marched against Khiva in Central Asia in 1874.  At that time, such an expedition was like marching  into the blank area on the map marked "Here be dragons."  As such, the Russian army  literally disappeared when it crossed the frontier and the world was kept waiting for news of its progress.  During this adventure, MacGahan was to befriend then-Lt. Colonel Skobelev (who would later rise to fame as General Skobolev in the Russo-Turkish War-- which MacGahan would also cover: you can't make this stuff up!).

This snippet from Bullard's Famous war correspondents, from which the above image is taken, describes the story nicely:

“MacGahan’s most romantic exploit was his ride through the deserts of central Asia in chase of the [Russian] army which was marching against Khiva, defying the absolute prohibition of the general in charge of the column, keeping well ahead of the troops of cossacks on his trail, and venturing amid perils that proved too much for several of the expeditions of Russia. The Russians knew audacious bravery when they saw it, and when he had out-generaled and out-dared them again and again, they made MacGahan their friend and comrade, and the emperor sent him the decoration of the  St. Stanislaus.” 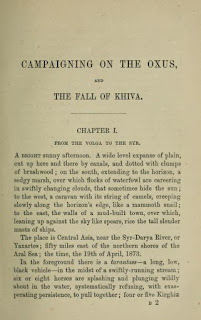 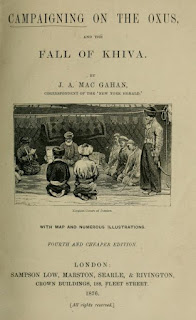 This book is full of lively descriptions, exploits, observations, and character sketches. The opening page (left) gives you an idea of the prose. The title page at right is for reference. 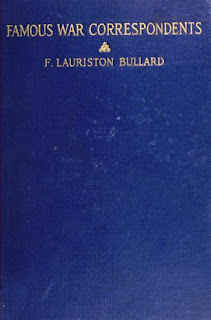 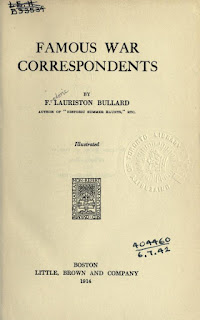 Written in 1914, at the outbreak of the Great War, this book looks back to the golden era of the Special Correspondent that came before.  Here is an excerpt from the forward (speaking on the nature of contemporary military conflicts as well as the nature of information coming from sanctioned "war correspondents"  as opposed to the free-agent adventurers of the past):

"The contending armies thus pushed apart and the  lines of battle thus extended, the artist and the correspondent find themselves confronted by insuperable  obstacles which render impossible the duplication of  the feats of men like Archibald Forbes and William Howard Russell. They cannot see a battle. Episodes and incidents may come under their observation provided they are permitted to get within reach of the firing line. These experiences may furnish the materials for articles which editors will welcome as “good stuff," if the press men are allowed to forward their copy. But the blue pencil relentlessly takes the thrill and throb out of their despatches. Wires do not sizzle and cables do not oscillate nowadays with the stories from the " specials at the front."

It contains a series of brief biographies along with a characteristic piece of reportage from each special correspondent. The narratives of the competition among the specials to transmit their stories back to their papers from far-flung fronts, often in remote places, adds much to the reading. 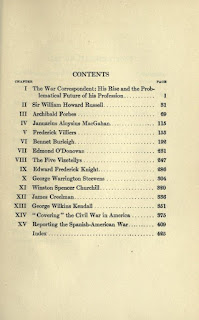 Not only does the book serve as a nice history of warfare in the 19th century, but the "Acknowledgements" page serves as a rich bibliography from which other texts like it can be found (and which I will no doubt be posting about here).


You can find Bullard here in the  Internet Archive
Or here in the OpenLibrary
Posted by Ed M at 11:32:00 AM