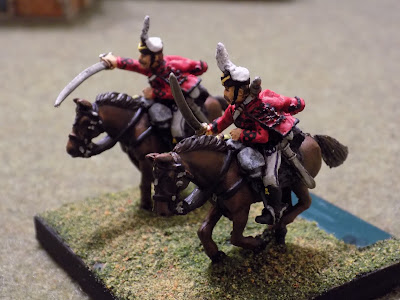 I'm happy to post that my Romanian 1877 cavalry are now complete!

I must admit that this addition to my Chocolate Box Wars project makes little sense at this time. However, sometimes where the hobby butterfly flits we must follow. In this case, it all began when I stumbled across the Romanians among the Outpost Russo Turkish line of figures. I put them in the list of CBW armies I'd like to have one day... 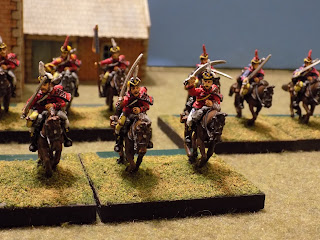 ...the catch being, of course, that a complete force would need cavalry, and those are missing from the Outpost line (and nobody else makes them).  So I researched options to convert or repurpose other figures.  Upon closer examination of the Romanian uniform.... 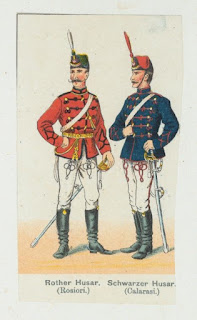 ...I recognized that  Northstar Austrian 1866 hussars would work.  Thus, I got a package of them--"for later"--when I was putting in an order for some Northstar Prussian 1866 Uhlans to round out my Prussians. Fast forward about six months to a moment in time after a hiatus in painting activity when I was casting about for a project to get me going again. Well, not quite "casting about": the next project in my unwritten to-do list was the aforementioned Prussian Uhlans.  That's not where my wargame butterfly alighted--ohhh no! Instead, it (and I) flitted over to my Romanian cavalry contingent.  Not always being practical is what makes this a hobby and not a job, I suppose (that's my story and I'm sticking with it).  So, I present a study in my latest diversion from the straight and narrow: Northstar Austrian 1866 hussars done as 1877 Romanian cavalry.  As usual, you may clix pix for BIG PIX in this post. 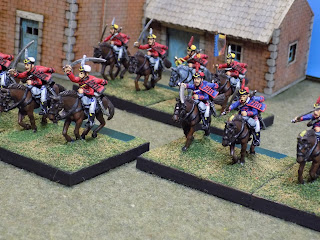 There were two regiments of regular Romanian cavalry (Roshiori) and eight regiments of territorial cavalry (Calarashi), all garbed in dandy hussar rig. The Roshiori were in red with black details, with the First Regiment having yellow busby bags and the Second white. The Calarashi were in blue with red details and busby bags. 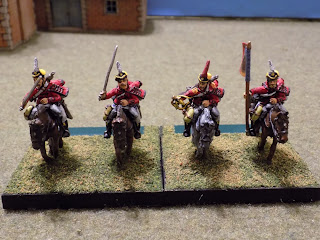 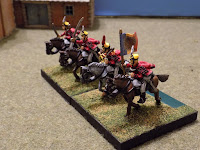 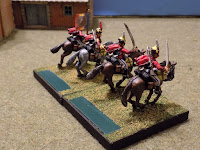 I took some license and painted-in the swallow's nests on the trumpeter. They're not on the Austrian figures, but some illustrations of the Romanians indicate that trumpeters had this snappy uniform detail. The flag was pulled from an illustration of the Romanian Army in the  New York Public Library Vinkhuizen collection. 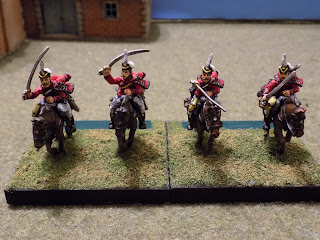 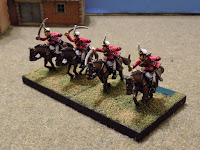 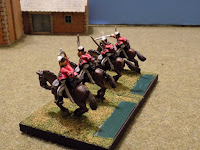 The chestnut horses were done with an undercoat of burnt umber and an overcoat of burnt sienna (a combination for painting horses that I saw somewhere in the interwebs). 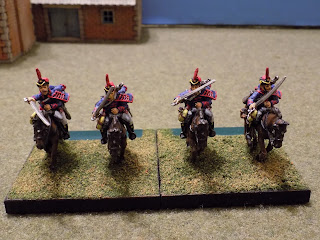 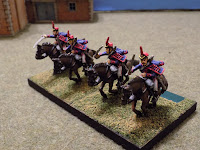 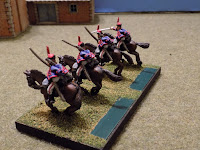 Painting red over blue doesn't stand out very well, so I wound up underpainting these details in white before doing them over again in red. It doubled the effort but enhanced the effect. 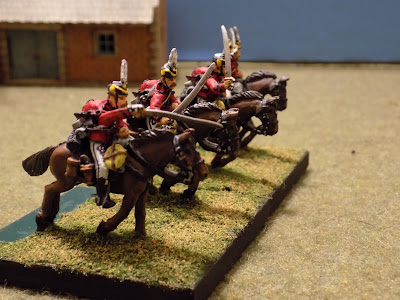 Ah well, some day I'll pick up the infantry and artillery, too.  In the meantime, I suppose I could use these as Austrians--they do bear a resemblance...