WARGAMES ILLUSTRATED 380 AND 15 MINUTES OF FAME 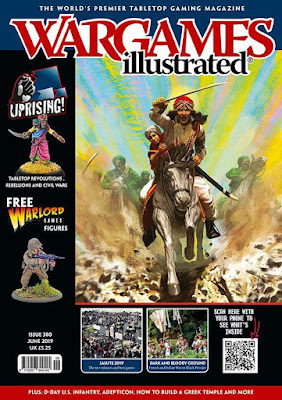 A few weeks back, I received a nice email from Ian Bennett of Wargames Illustrated expressing an interest in (and permission to use) an image from my blog of my Hungarian Gunners in an upcoming issue of Wargames Illustrated. Well, dear readers, this has come to pass (and I have received a complimentary issue of said mag: thanks!) as usual, you may clix pix for BIG PIX... 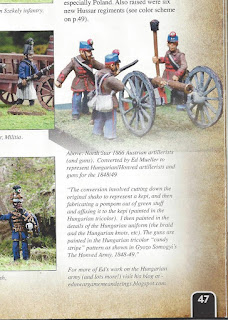 ...and here they be, on Page 47 of the June Wargames Illustrated!
(posted with permission)

This would explain the recent spike in followers to this blog--rocketing from 49 to...49 (never mind). Hey, at least the count didn't drop!   Moving on, the above image appears in the midst of an overview piece by Bill Gray on the Hungarian Revolt.  I don't intend to do a point by point analysis of the piece, but I think it gives the impression, intentional or not, of the Hungarian Army of the Revolt as a haphazardly organized, under-equipped, rather irregular affair, and of the conflict as a foregone conclusion. In my study of the conflict, I expected to find these things, but came away instead impressed at the actual structure and operational organization of the Hungarian/Honved forces (check out the link to the OOBs later in this post and draw your own conclusions, though). Having said this, I'd like to add that given the space available and the amount of material to cover, I think the WI piece is just fine.  It's all good information to expand options for playing with toy soldiers. 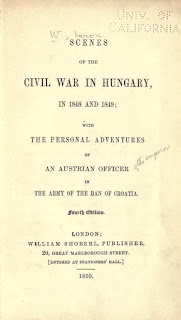 I would direct anyone who has stumbled on this blog who is interested in more on the subject to check out my post on the book, Scenes of The Civil War In Hungary; The Personal Adventures of An Austrian Officer for another readily available resource.   As a reference, I would suggest acquiring, if nothing else, the following excellent Ralph Weaver book: 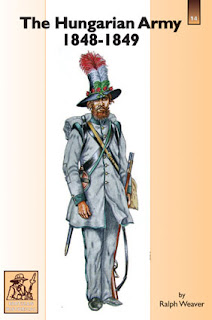 Added to the list of options for playing the Hungarian Revolt mentioned in WI, I would add that Bloody Big Battles has an existing (and growing) list of Hungarian Revolt scenarios. I don't subscribe to Yahoo Groups any longer, but I understand that these are available in their Yahoo Group (and perhaps in a supplement).   I would also suggest that Volley and Bayonet would be a good option, particularly the variant(s) of it (and a few other 19th C systems) that I have posted on my 19th Century Rules/Chocolate Box Wars Page  (note: I'll be posting a new set of Volley and Bayonet 19th C variant reference sheets and notes in July: watch for it!). 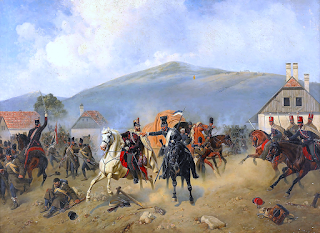 Finally, as a bonus to anyone who still has the stamina to be reading this, I have downloaded the complete list of Nafziger Orders of Battle for the Hungarian Revolt You may want to start by looking over the List Key.  Enjoy!