THE WORKMANLIKE STUG AND OTHER CARTOON CHARACTERS 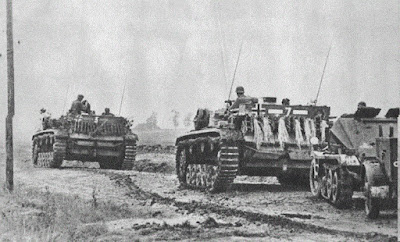 What with work and other things, there's been a bit of a lull in tangible hobby news. However, there has been a flurry of intangible hobby activity related to our club's upcoming game day in mid October.  A short explanation: once per year, we assemble on a Saturday to indulge in an all-day event, often on a grand scale. Last year, it was Napoleonics. This year, we'll be jumping forward in time to the Salerno/Avalanche campaign of 1943.  Game day 2018 will consist of several linked, simultaneous Iron Cross games (in 28mm) run by a team of dedicated club members who have been planning this event for the last few months. The work of fellow blogger AJ on a stunning 28mm Tobacco Factory for his table is well worth a look as an example of the preparations involved. 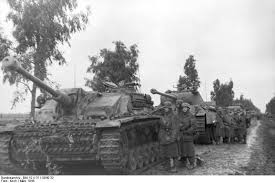 I always thought of the Stug III as the work a day panzer. A little paunchy, a little past his prime. His younger, better paid coworkers, Panther and Tiger, went out after work. They'd hit the clubs and score big with the ladies. Stug III punched the time clock and headed home to his nagging wife (a shrew of an old PZ1 converted to an ammo carrier) and their screaming kids, a bunch of hybrid French/German schlepper self propelled guns that looked nothing like him.

Inspired by the above, we followed up with some appropriate cartoon characterizations: 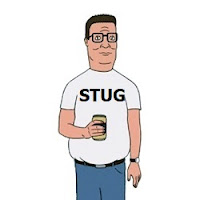 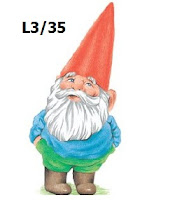 The L3/35 Tankette: What You See Is What You Get 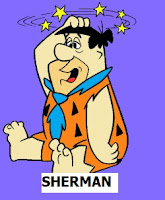 The Sherman Tank: Takes More Lumps Than It Dishes Out 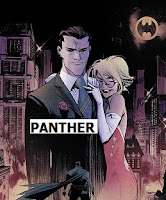 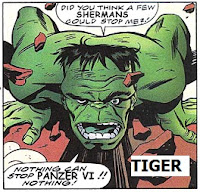 We may be looking forward to playing with toy soldiers on game day, but it's not as if we're waiting until then to get started.