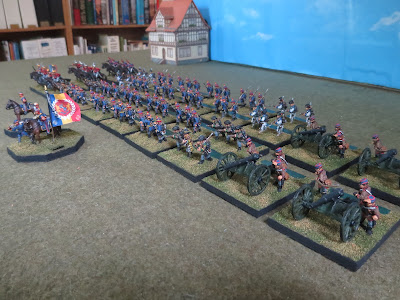 Greetings, fellow shut ins!  This post brings together, and concludes, the series on my pandemic project of Russo Turkish War era Romanians (for an explanation of the quotes around "completed" see Aly's comment in the May 14 post).  And what better way to mark such a moment than with a parade! 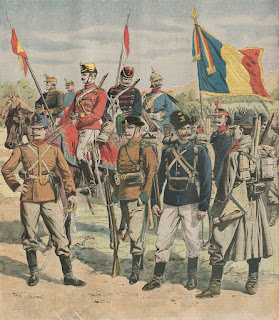 Romanian Army in the timeframe sometime after the Russo Turkish War. With minor differences, the look is the same as 1877/78.

Consistent with the parade theme, this post will mainly consist of eye candy (you can find and play appropriate band music in the background).  For the more curious or those seeking more in depth information, there are links to other posts that provide more information and background on each of the elements.  As usual, you may clix pix for BIG PIX. 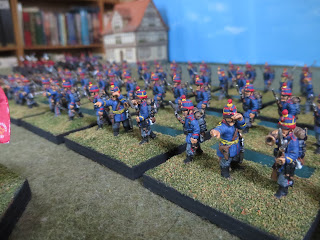 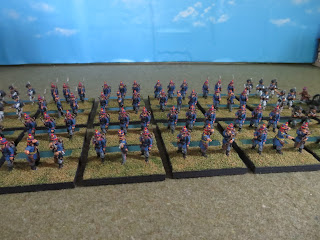 The backbone the army, the Romanian line infantry These are Outpost figures. 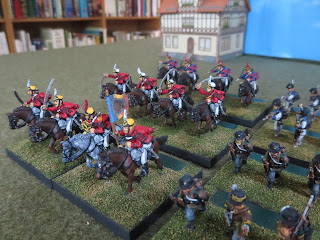 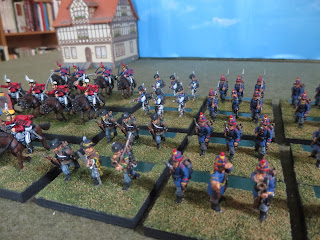 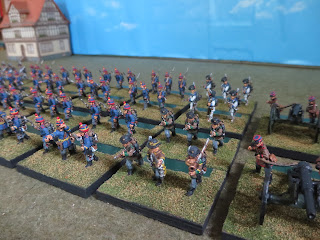 Flanking the line infantry, two units of brown coated Romanian Chasseurs and two of the celebrated White jacketed Dorobanti Militia. These are all Outpost figures. 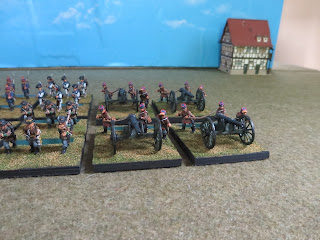 Anchoring the line, the Romanian Artillery: four batteries of Krupps. These are Outpost Russian gunners and guns repurposed as Romanians.
.
ON PARADE 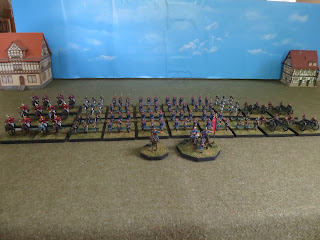 The Romanians arrayed with command in front. 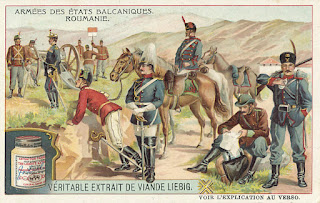 I am looking forward to some day putting these on the table with my Hugarians: what a colorful combination they would make!